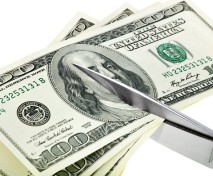 Using an obscure federal law, the White House sent a sweeping $15.4 billion rescission package to Congress which requests spending cuts this year across 10 federal departments.  This request comes from the Trump Administration in an effort to address the rising federal deficit.

Some programs in which cuts were requested include:

These cuts, if approved, could impact current government contracts depending on the agency. In addition, cuts to the CDFI Fund and the Capital Magnet Fund will have a big impact on lending to minority and women-owned businesses and those in economically disadvantaged areas.

The House Appropriations Committee has 25 days to address the request by crafting its own bill based on the White House recommendations or decide not to act.  After 25 days, other House members can introduce their own rescissions legislation. Congress must act within 45 days of the request, which was made on May 8th.  If the House passes a bill, it would be taken up next by the Senate. Rescissions bills require only a simple majority for passage.

When you’ve been working on a program for 15 years, it’s almost anti-climatic when you realize you won and it’s over. I suppose lawyers feel this way when they win a big case, or business owners when they close a major contract.

For me, the SBA announcement integrating a sole source component into the WOSB procurement program on October 14, 2015 marks the end of a long campaign by Women Impacting Public Policy (WIPP). First, we fought for eleven years to establish a program that gives a government buying preference to women-owned companies whose industries have been underrepresented. Not an easy fight – we had plenty of Congressional and White House opponents—it wasn’t until the Obama Administration came into power that the program was established. At the time, SBA Administrator Karen Mills made it her number one priority, which we will always be thankful for. We had strong Congressional proponents – Senators Cantwell and Shaheen and Representatives Speier and Graves.

Then, we had to make the program work. That required two major changes to the program in 2013 and 2014. The first change required lifting the award caps the law imposed on the program. The WOSB procurement program limited contract awards through the program to $4 million ($6.5 million for manufacturing). In 2013, Congress helped us get rid of those caps. The last big piece was the sole source piece—allowing contracting officers to award sole source contracts to women-owned companies through the program. This major change gives the program parity with other small business programs and again, required Congressional action. Effective October 14, agencies will be able to use this mechanism to award contracts to women whose companies offer innovative products and services.

As with all government programs, the rules are a little complicated and the ability to self-certify as a woman owned business will eventually have to change, due to Congressional direction in 2014. But for now, self-certification remains the law and women should be actively pursuing contracts through the WOSB procurement program whether or not they are self-certified or certified by a third party.

It is important to note that not all industries (NAICS codes) qualify for the program. You can find a list at http://www.SBA.gov/WOSB. We have developed a one pager that go through the rules of the sole source portion of the program and our GiveMe5 program has comprehensive information on the WOSB program. In addition, our ChallengeHER events are all over the country so that women can find out more about the program. The information can all be found at www.wipp.org.

The WOSB procurement program is in good hands. All the major pieces to make it successful are in place. When we started this effort in 2002, women received 2.7% of government contracts. Since the program has been in place, more than $500 million has been set-aside for women- owned companies. In fact, in 2014 the government awarded 4.7% of its contracts to WOSBs –a 75% increase since 2002. Now women business owners need to know how to use it with the help of SBA, the federal contracting community and organizations, such as WIPP.

Fifteen years seems like a long time, but when you are fighting for something—somehow it doesn’t seem that long. WIPP members and coalition partners were with us every step of the way. For this, I am exceedingly grateful. 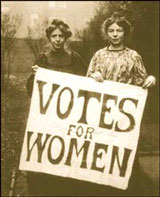 Each year on August 26th we celebrate Women’s Equality Day, the day women were granted the right to vote when the 19th Amendment to the Constitution was passed in 1920. This day not only commemorates the passage of the 19th Amendment, but it also recognizes the ongoing fight toward full economic equality. While we have made gained some ground with WIPP’s efforts to increase federal contracting opportunities for women, we still have a long way to go with issues such as access to capital, equal pay, and ensuring more women are in leadership roles in the corporate and political spheres.

See below for more resources on Women’s Equality Day:

Please don’t forget to recognize this important day by highlighting it via your social media channels.  Use the hashtag – #WomensEqualityDay to add your voice to the chorus in recognizing the important role women play in our nation. 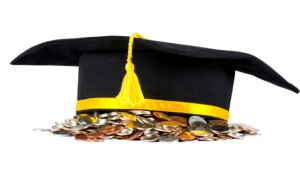 Babson, along with 45 other business schools have committed to a set of best practices, shared with the White House, offering strategies for business schools to help women succeed during and after school. These business practices are designed to prepare female students for the challenges of the changing American workforce.

These best practices have four major area’s of focus:

To read more about the set of best practices, click here.