It’s a favorite phrase of my boss – and WIPP’s Chief Advocate – Ann Sullivan. The idea is nothing new: a simple solution is usually the best. That is why, for years, women business owners used the simplest possible idea for providing health benefits – you (employee) go out and get your own insurance and I (employer) will reimburse you. Simple, right?

They are called Healthcare Reimbursement Arrangements, or HRAs, and bringing them back (for the second time) is one of WIPP’s top healthcare priorities. We are making great progress. The House Ways and Means Committee approved legislation that would allow HRAs to be used for firms with fewer than 50 employees. The House as a whole is expected to vote on the bill next week.

The bill would allow employers to reimburse employees for qualified medical expenses like premiums and out-of-pocket costs. Importantly, employers must offer it to all eligible employees and cannot offer a separate group plan. The reimbursement is capped at around $5,000 for an individual and $10,000 for families and does not count as employee income (meaning no taxes!).

Again, the idea is simple. Employers select an amount to reimburse employees, instead of locking in an insurance plan that may not fit their employees or their budget. But why did we lose HRAs in the first place? That is not so simple.

The Affordable Care Act eliminated caps on health insurance plans—an undoubtedly good thing for when disaster or disease strikes. But, in the opinion of the IRS, these HRAs, by definition, had a cap (however much the employer contributed). So they were outlawed in 2013 or 2014.

2013 or 2014 is a strange way to describe when the IRS banned a certain healthcare plan. But that is what it was – the IRS notices on the issue were so confusing they had to issue additional regulations three times. Policy wonks, insurers, and healthcare consultants were unsure – let alone business owners – about whether they were allowed. And making a mistake on this carries severe penalties; offering a non-conforming plan can trigger a penalty of $100 per day per employee –more than $350,000 a year for a company with 10 employees.

Because of this confusion, WIPP stepped in asking Secretary Burwell to intervene on behalf of women business owners. She did and HRAs were allowed through June 2015. Legislation is needed to bring them back permanently and WIPP is optimistic Democrats and Republicans can work together, as they already have, to get this done. After all, ten million women business owners and their nearly nine million employees are pretty active voters.

More on how WIPP is working with Congress and the Administration to bring competitively-priced and accessible health options to women business owners is in our blog, Making the Affordable Care Act Work. 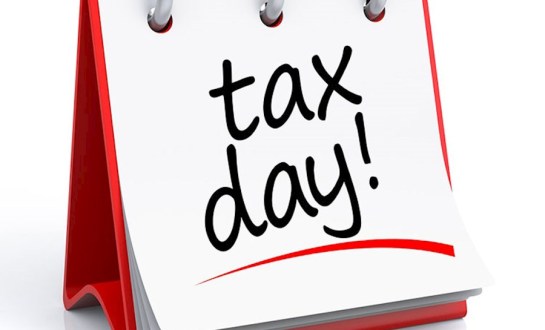 Tax Day is upon us and woman business owners have been working overtime. Not on growing their firms, planning investments or making important hiring decisions, but on tax compliance. At least, that’s according the House Small Business Committee, which took a look at the burdensome tax.

Forgetting tax liability – the amount a business owes – the Committee focused on how difficult it is for small businesses to satisfactorily comply with dense tax rules. According to the Small Business Administration (SBA), small businesses spend 5.5 billion hours preparing and filing taxes – time that should be spent growing the business. The costs and complexity of calculating tax provisions makes it difficult for smaller businesses to take advantage of incentives designed to reward investment. As a result, larger businesses that can incur the costs of calculation reap the rewards.

As we’ve heard from WIPP members across the country, tax certainty is a top priority. Clarity on what provisions and incentives will be enacted would provide businesses with the ability to plan ahead, rather than adjust to a changing environment. For the last few years, Congress has passed legislation solely for “tax extenders” – deductions and credits that were set to expire at the end of the previous year, but were extended to cover the current tax year. While many of these credits could provide some relief for small businesses, firms spent the entire year without knowing if these provisions would be available. Hardly an efficient way to have to run your business.

A simpler tax code would reduce compliance time and allow owners to focus on their business – not the latest tax rules. Also, small businesses should be able to take advantage of the same incentives that larger businesses can. WIPP will continue to focus our advocacy on the two guiding principles of simplicity and fairness for women-owned businesses.

Could comprehensive reform – not seen since the 1980’s – be on the horizon? House Ways and Means Committee Chair Kevin Brady (R-TX) announced last week that his Committee is planning to release a tax-reform “blueprint” this summer. Additionally, Members of the House and Senate have stirred over international tax reform in the wake of recent corporate mergers. While the conversations are ongoing, comprehensive tax reform in an election year, with an ardently divided Congress seems, at least in our view, unlikely.

For updates on tax policy and other finance issues, please visit WIPP’s Economy and Tax section and WIPP’s Economic Blueprint.