When the SBA issued its final rule concerning its new Small Business Mentor Protégé Programs, it adopted a major change for 8(a) and small business joint ventures:  no more populated joint ventures. Instead, the rule provides that where a joint venture is formed as a separate legal entity, like a limited liability company, it may not have its own separate employees to perform contracts awarded to the joint venture. 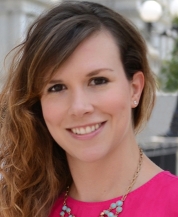 For contractors well-versed in the National Industrial Security Program Operating Manual (“NISPOM”) and who otherwise pursue and perform cleared contracts, the SBA’s move away from populated joint ventures in favor of unpopulated joint ventures raises some eyebrows. A joint venture without any personnel of its own cannot obtain a facility clearance (“FCL”) because an FCL always depends on the personnel security clearance (“PCL”) of the company’s key management personnel, including the facility security officer (“FSO”). In other words, the only way a contractor receives an FCL is if it has cleared employees.So how, then, can a small business comply with the SBA’s regulations requirement for an unpopulated joint venture (if a separate legal entity) and the requirements of Defense Security Service and NISPOM?