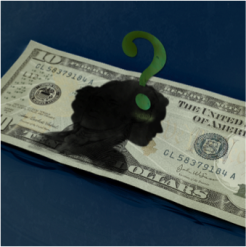 When Rosie Rios assumed office in 2009 as the 43rd Treasurer of the United States she was confronted with a difficult, existing reality: the under-representation of women in the finance industry. For Rios, a clear solution to providing more opportunities for women was to create a more visible and widely circulated message: that women have a place in the finance sector.

Her proposal: put a woman on the U.S. currency.

Last month this dream finally became a reality for Rios as the Treasury Department announced that a woman of historical significance will be featured on the next $10 note by 2020, a date that coincides with the 100th anniversary for voting rights for women. For Rios this is a huge step forward in bridging the gender gap.

In an effort to pick the best candidate for the bill, the Treasury Department is opening their selection process to the public. Treasury Secretary Jack Lew believes that the public’s input is an important and valuable part of the bill’s design process and encourages public dialogue as to how the $10 note can display the best female representation. Lew encourages the public to express their ideas via the #TheNew10 on social medias or through their website directly.

So far, the leading contenders for the selected female figurehead are Harriet Tubman, Eleanor Roosevelt and Rosa Parks. Rios has yet to express who her top pick is, but when asked to name a political role model of hers she was quick to name Shirley Chisholm, the first African American Congresswomen.

#TheNew10 is one of many initiatives started by Rios in an attempt to integrate more women into the finance world. In 2010, she pushed for the first Women in Finance Symposium, which is now an annual event. She was also an active voice in redecorating a stretch of the Treasury Department to be a “Gallery of Women in Treasury,” intended to highlight female contributions at the Treasury.

To read more about Rosie Rios’ advocacy for the campaign, click here.